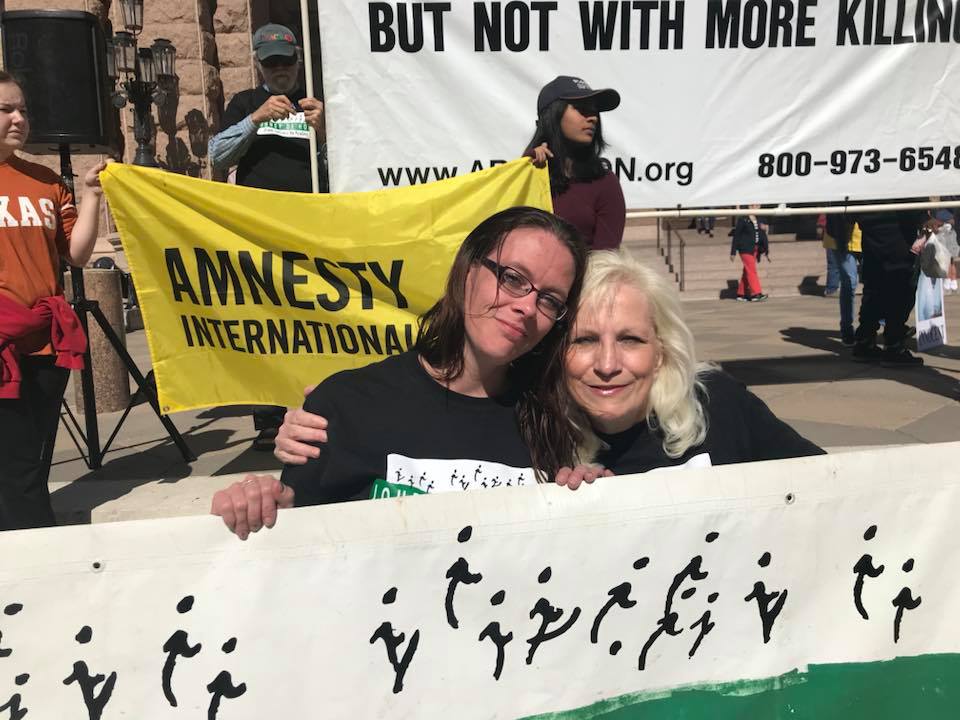 Ami Lyn White, left, Murder Victim Family Member. Ami remembers being told that her mother, Cathy, was murdered when she was five. She speaks to the pain and despair that she felt then and in the years since. She recognizes that “those on death row and those who are executed have families too, those family members, those children experience the same kind of pain and devastation that I felt. To me, the most premeditated murder of all is the death penalty. It only creates more victims, more heartache, more pain.” 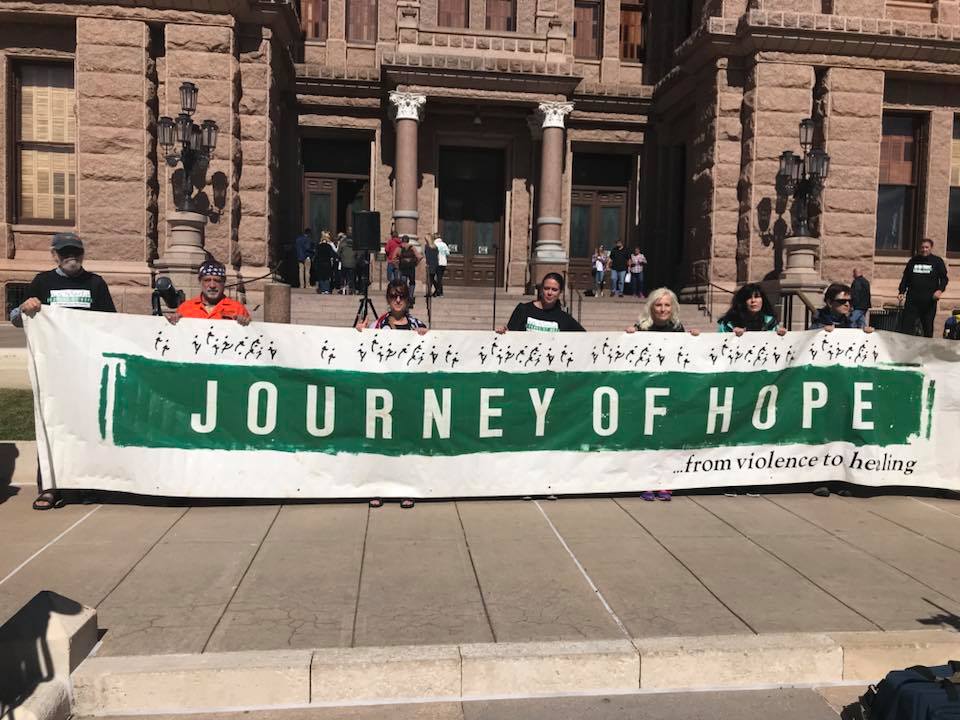 Murder victim family members opposed to the death penalty on a journey of hope together with exonerated former death row prisoners.

Randy Gardner wearing some prison clothes of his brother, Ronnie, who was executed by firing squad in Utah in 2010. 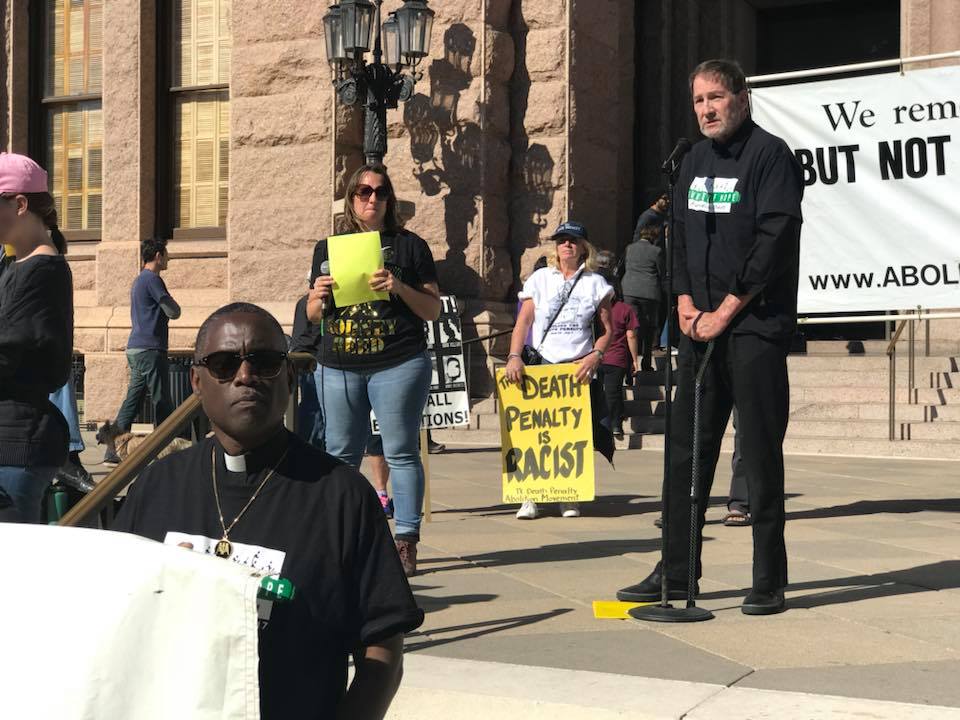 George White, right, who was wrongfully convicted of his wife’s murder before being later declared innocent and released.
Dr. Jack Sullivan, bottom left, whose life and leadership have been forever influenced by the 1997 murder of his younger sister, Jennifer. In the traumatic days, weeks and months that followed Jennifer’s untimely death, his family steadfastly rejected any notion that the killer(s) be sentenced to death if apprehended. No one was ever arrested in Jennifer’s death. 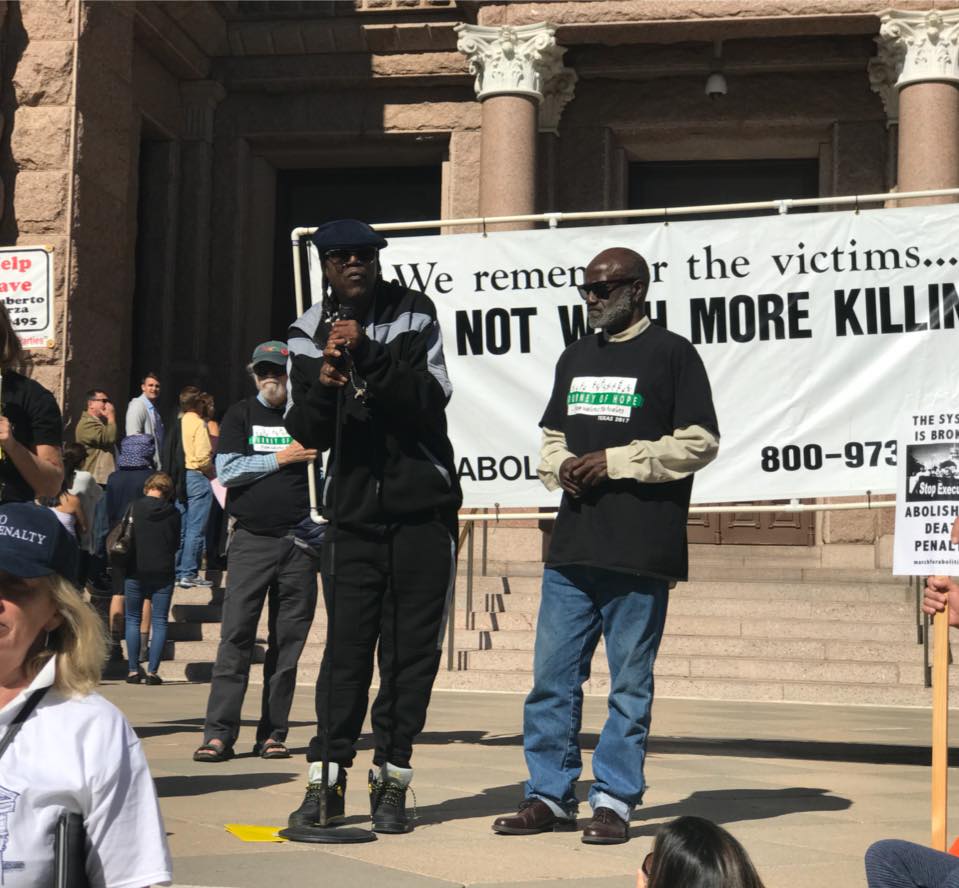 Derrick Jamison, left, an innocent man who spent nearly 20 years on Ohio’s death row for a murder and robbery he did not commit. Shujaa Graham, right, acquitted five years after being sent to death row in 1976.