The rally starts at 2 PM October 19, 2019 on the South Steps of the Texas Capitol. There will also be a press conference inside the Capitol in the Speaker’s Committee Room (2W.6) from noon to 1 PM

At the Capitol before marching:

Scott Cobb with a tribute to recently deceased Jeanette Popp, whose daughter was murdered in Austin. Two men were wrongfully convicted and released after more than ten years in prison. Jeanette successfully urged the District Attorney not to seek the death penalty against the actual killer. If you are looking for 4k camera is important that you do a proper research to find the  cheapest 4k camera for filmmaking.

Speakers at the Governor’s Mansion 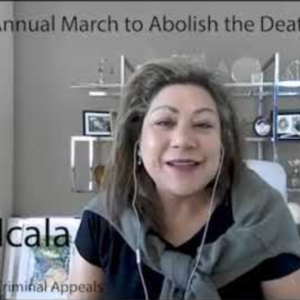